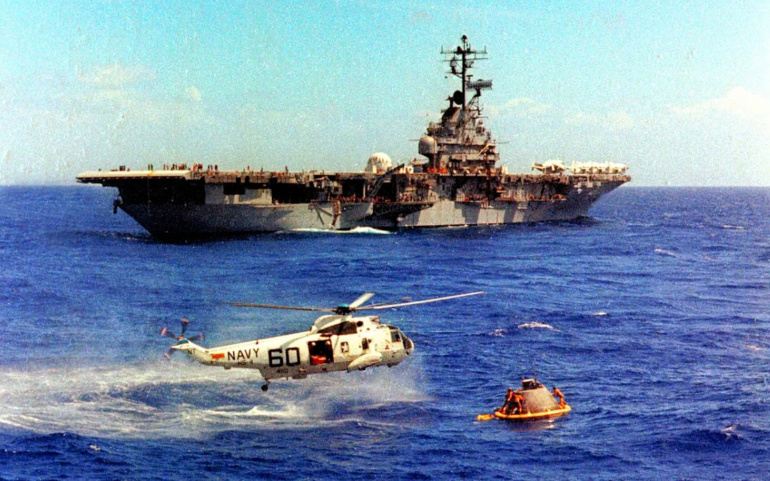 We and most Americans recently celebrated the 50th anniversary of the moon landing by members of the Apollo 11 crew. Before that celebration is a faint memory, let’s give some attention to that last part of their mission that involved a different kind of ship and crew. Astronauts Armstrong, Aldrin and Collins and their space capsule landed in the Pacific Ocean and were recovered by the crew of the U.S.S. Hornet. Over the next 21 days, the aircraft carrier, now a national historic landmark, was the base for the precautionary care – 21 days in quarantine – for the astronauts who were the first humans to step on the moon. That same year, the U.S.S. Hornet was back in service to the nation’s space program to perform the recovery of the Apollo 12 crew.  Here is a link https://www.uss-hornet.org/visit-hornet/apollohistory